The Isle of Wight has many amazing attractions, from places in nature, to ruins and monuments. From red squirrels to dinosaurs. Countless tourists find beaten or undiscovered tracks and travel the Island enjoying the beautiful views. Yet the Island’s history will always be related to the lives of Queen Victoria and Prince Albert, who have created in Osborne House a family retreat and a home filled with many happy family moments.

Queen Victoria bought Osborne House in 1845. She had spent two holidays on the Isle of Wight as a young girl, in Norris Castle, the estate next door to Osborne. Both Queen Victoria and Prince Albert liked the house and the views of the Solent. But when it became obvious that it was too small for their needs, they have decided to build a new residence in the style of the Italian Renaissance complete with two belvedere towers between 1845 and 1851. Prince Albert designed the house himself together with builder Thomas Cubitt, whose company also built the main façade of Buckingham Palace.

Because of the layout of the estate, gardens and woodlands, Prince Albert made use of his knowledge of forestry and landscaping. Below the gardens there was also a private beach where the Queen had her own private bathing machine.

The grounds include a ‘Swiss Cottage’, which was dismantled and brought piece by piece from Switzerland to Osborne where it was reassembled for the royal children, who were encouraged to garden. Each royal child was given a rectangular plot in which to grow fruit, vegetables and flowers, in order to then sell their produce to their father. Prince Albert used this as a way to teach his children the basics of economics. The children also learned to cook in the Swiss Cottage, which was equipped with a fully functioning kitchen. Both parents saw this kind of education as a way of keeping their children’s feet firmly on the ground in spite of their royal status.

The royal family stayed at Osborne for lengthy periods each year: in the spring for Victoria’s birthday, in summer for Albert’s birthday, and in winter for Christmas.

The domestic idyll at Osborne was not to continue. In December 1861, Prince Albert died at Windsor Castle. During her widowhood, Osborne House continued as one of Queen Victoria’s favourite homes, until her death there in 1901.

The house is now a very attractive English Heritage location, being at the same time museum and hosting various events throughout the year. It comprises also a lovely café and a souvenir shop with many attractive items.

For those of you who did not have yet the chance to visit the Isle of Wight, I warmly invite you to spend few sunny days and discover it for yourself. And if you come here take some time to discover this  wonderful house as well. In order to raise your interest I take you on a quick tour. Please enjoy the art objects, the beautiful un-palace-like rooms and the great atmosphere. 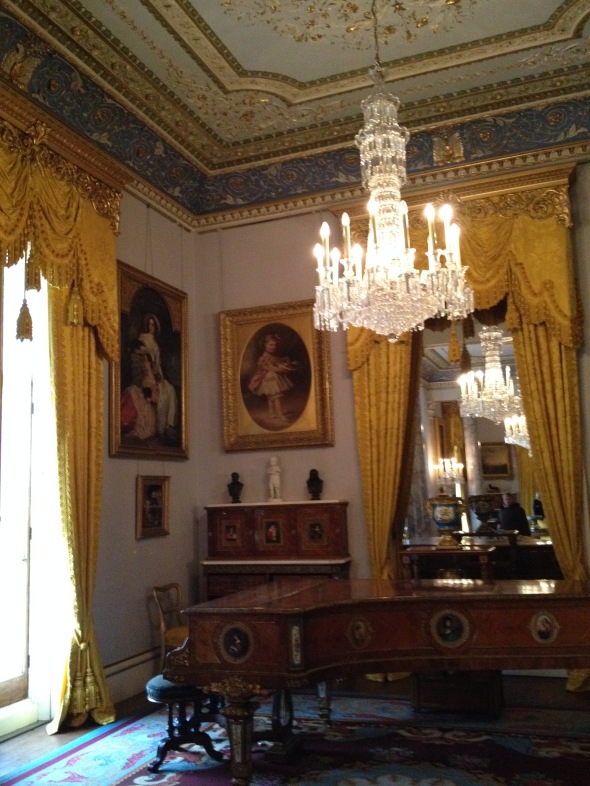 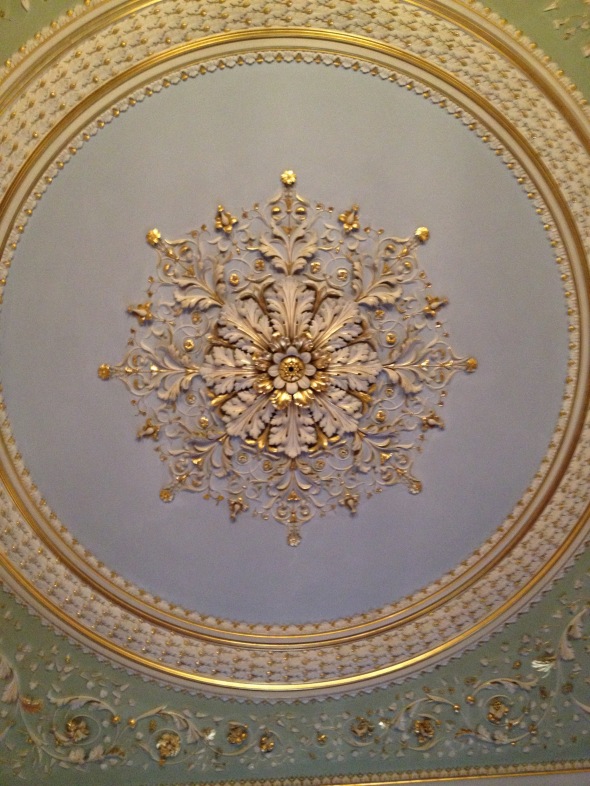 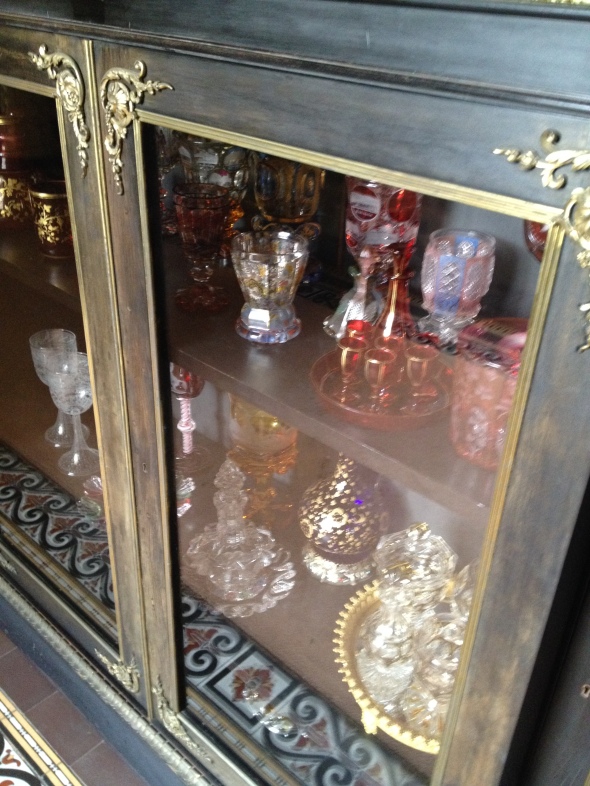 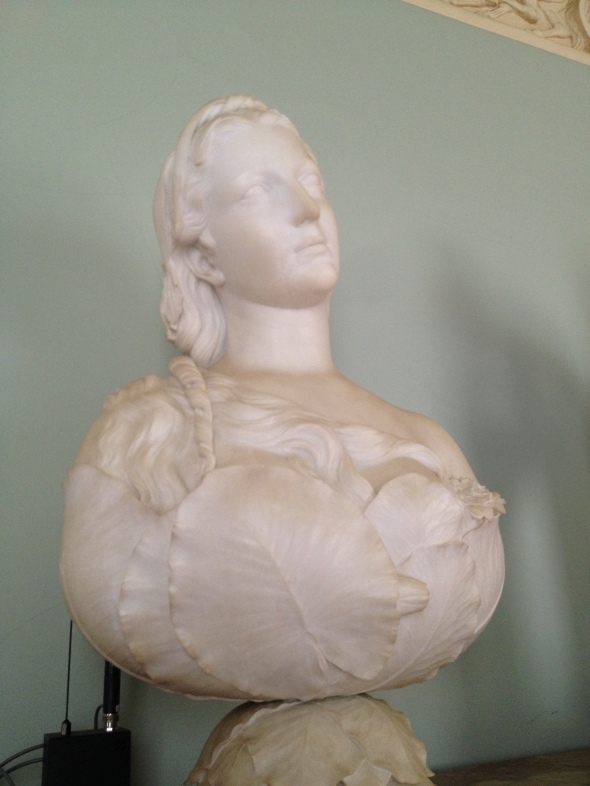 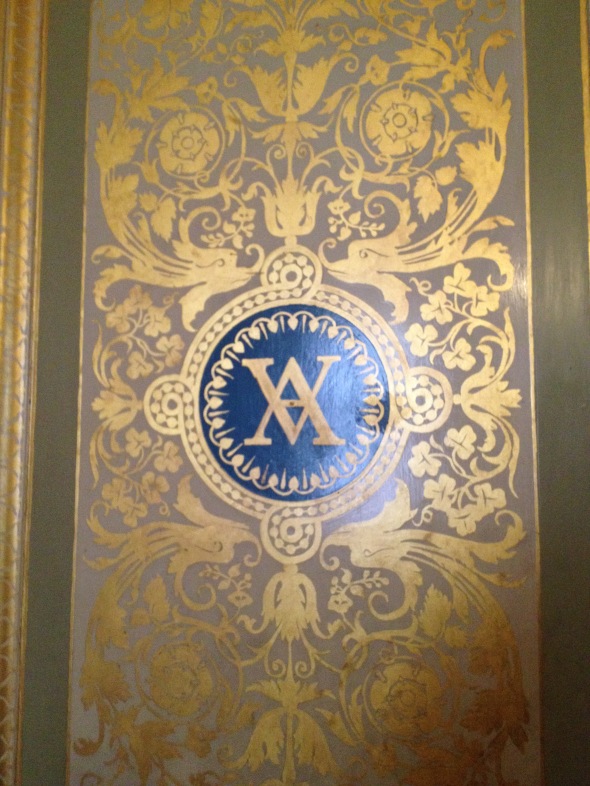 This entry was posted on March 9, 2016 by Adela Galasiu. It was filed under 500 Words, Adela Galasiu, Beauty, English, History, Isle of Wight, Life, Photography, Prose, Thoughts .